Introduction
Good Morning! We are in a series on the book of Matthew; the Gospel account revealing Jesus, the carpenter from Nazareth, as the Christ, the Savior – King of God’s people. This series has been titled the Revelation of the King as the section we will be looking at (chapters 14-20). Jesus teaches, Jesus heals, Jesus performs miracles, but above all Jesus is the King of Kings and Lord of Lord, in all that he does he is revealing Himself to the world. Jesus is also savior of his people, he will consistently point his people to the height of his mission, the cross. Last week we looked at the beginning of Matthew 15 when a delegation of Pharisees come and challenge Jesus teaching by how his disciples were ignoring the “tradition of the Elders”. Jesus teaching was revolutionary in saying sin isn’t what happens outside of us, it is what comes out of our hearts. Jesus preforms many more miracles of healing and feeding before we again see Jesus challenged by another delegation of Pharisees, not challenging his teaching, but rather his identity. 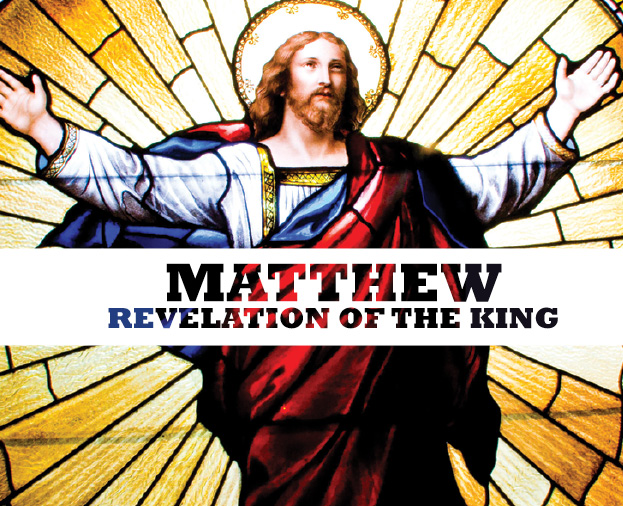 More in Revelation of the King | Matthew Part III